Here for the Long Haul

Back when Rick Wachal met and became friends with Will Moon while both attended the University of Iowa, he had no idea of how entwined their futures would be. Although Wachal began working in another field initially, he spent several years learning a lot about the truckstop industry by working at various truckstops throughout the country. So by the time he came to work for CAT Scale in the early 1990s, he was well grounded. 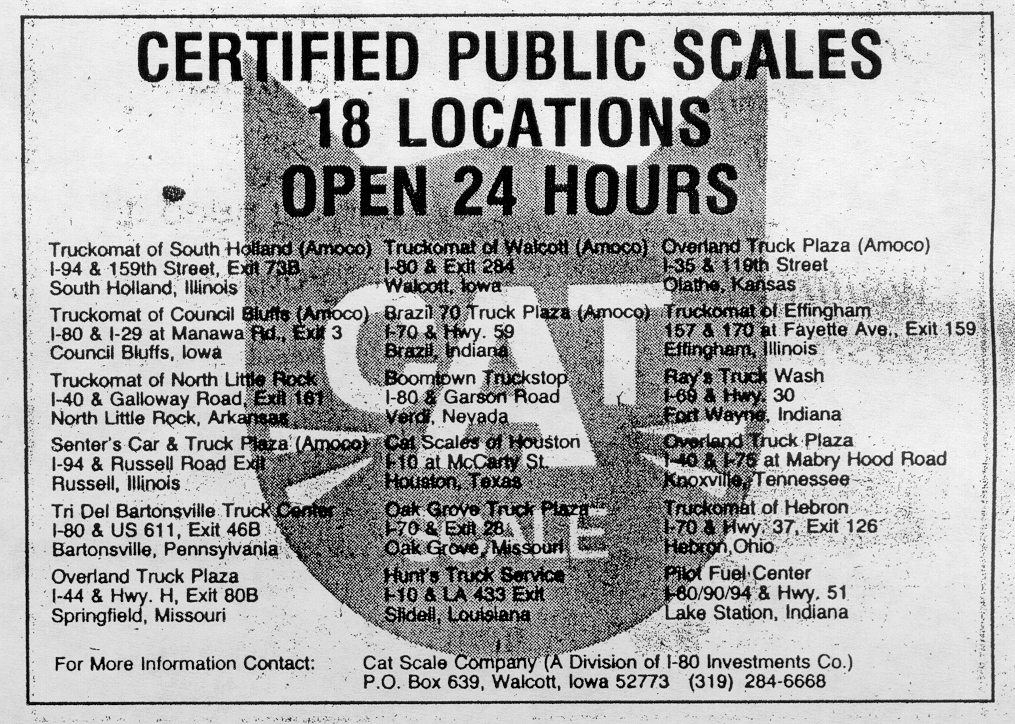 Although he didn’t get to know Bill Moon very well, he felt he was a beneficiary of his legacy.

“Bill was always willing to pass on knowledge, and he had the patience to explain things. He really cared about his employees and had the willingness to help them reach their full potential.”

When asked what impact Bill had on CAT Scales, Wachal explained, “Bill was a visionary in the industry. Early on truckstops were mostly Mom and Pop operations. But Bill figured out 40 years ago that truck drivers needed accurate weights.” And he figured out how to make that happen, understanding what would help drivers and working to create a system that would do just that.

With the creation of the CAT Scale for accurately weighing trucks, Moon paved the way for a successful business, one that has now hit forty years. So what does that 40 years mean? Wachal explained.

“That [means] CAT has a commitment to the industry. New drivers are coming in all the time, and it is important for those new drivers to understand that this is a company that has been here and will continue to be here into the coming years.”

CAT Scales is definitely in it for the long haul, in all meanings of the phrase.