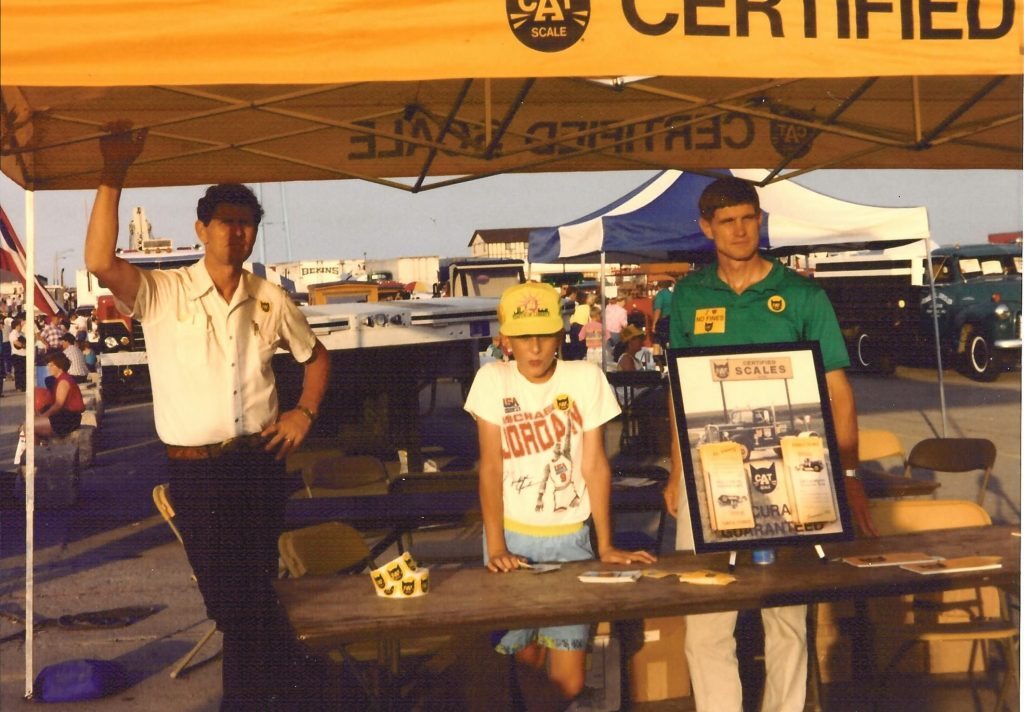 People in the construction business know that when you are building anything, you have to have a strong foundation.

So when CAT Scales began to expand and needed a man with solid construction experience, Bill Moon seemed to know he struck gold when he met Gary LaFollette.

During the tough economic times of the 1980s, LaFollette, originally from southwest Iowa with a background in construction, spent some time working in Oklahoma and Texas. When things slowed there, a friend convinced him to come to Joplin, Missouri, where Bill Moon was building a truckstop and scale from the ground up.

While on the job there, LaFollette met Bill Moon and was impressed by him.

“He was one of the most honest, forthright people I’ve ever met,” he said. “A first class individual.”

And Bill must have been equally impressed, because he called LaFollette and said he’d like to hire him “for this company called Iowa 80 Truckstop,” LaFollette recalls. They were in the early stages of creating and expanding CAT Scales and would LaFollette be interested in coming on board. He was.

Once again, this time in Gary LaFollette, Bill Moon showed an uncanny ability to choose the right man for the job. For this job, there really was no blueprint, no template to follow. LaFollette pretty much hit the ground running.

“It was such a unique and fast-moving endeavor,” LaFollette said. “A truckstop is a much bigger project. It’s tougher to build a [smaller scale project like a] scale. It takes ten days to two weeks, and you’re working on a small footprint at a very active truckstop. What you do during construction can impact all the operations at a truckstop.”

As the CAT Scale business grew, LaFollette managed their construction and created a method for putting them together, from planning to hiring to monitoring the construction to follow up after the scale was finished.

“The hardest thing is quality assurance,” he explained. “We want to make our facilities long-term and reliable, because our facilities are so heavily used, probably more than any other company, we move heaven and earth to make sure those scales are running steady all the time. Drivers rely on us.”

And that, ladies and gentlemen, is how a company creates quality assurance.